Help for domestic Norcool customers in the UK

This is an unauthorised ‘help page’ for domestic customers in the UK who have a Norcool refrigerated corner, a Norcool Corner Fridge, a Norcool Pantry or a bespoke walk-in larder fridge or cold room.

Norcool have withdrawn from the UK and we have received many calls from Norcool domestic customers who need help when their appliance goes wrong.

Here is how Corner Fridge Company Ltd can help:

We have gathered together some useful information that might save you some time when looking for help online.  Please see the links and suggestions further down this page which are intended for domestic Norcool customers in the UK only.

Pictures paint a thousand words, please take a look at the differences between a Norcool Corner fridge and the A+ Corner Fridge. 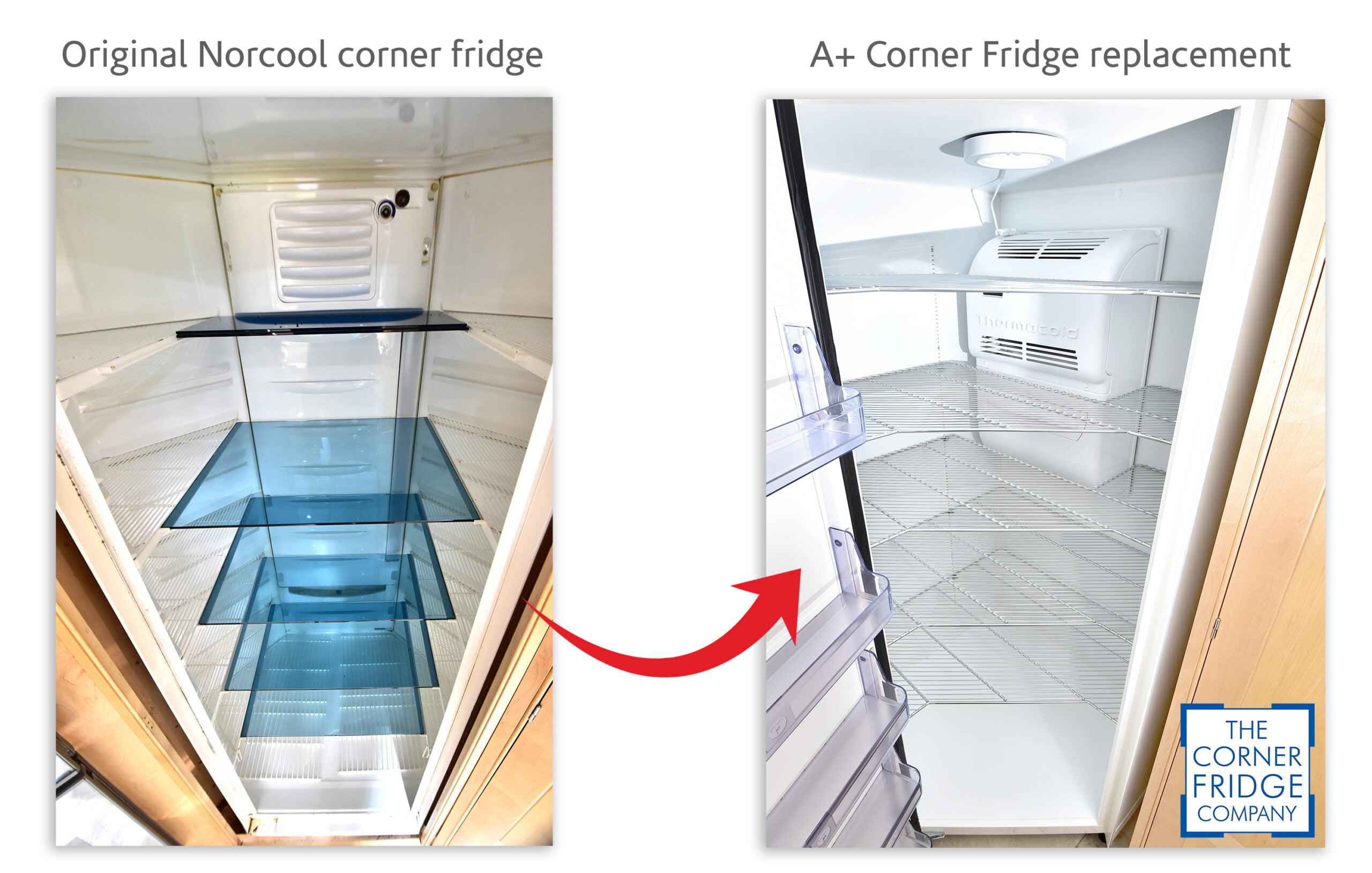 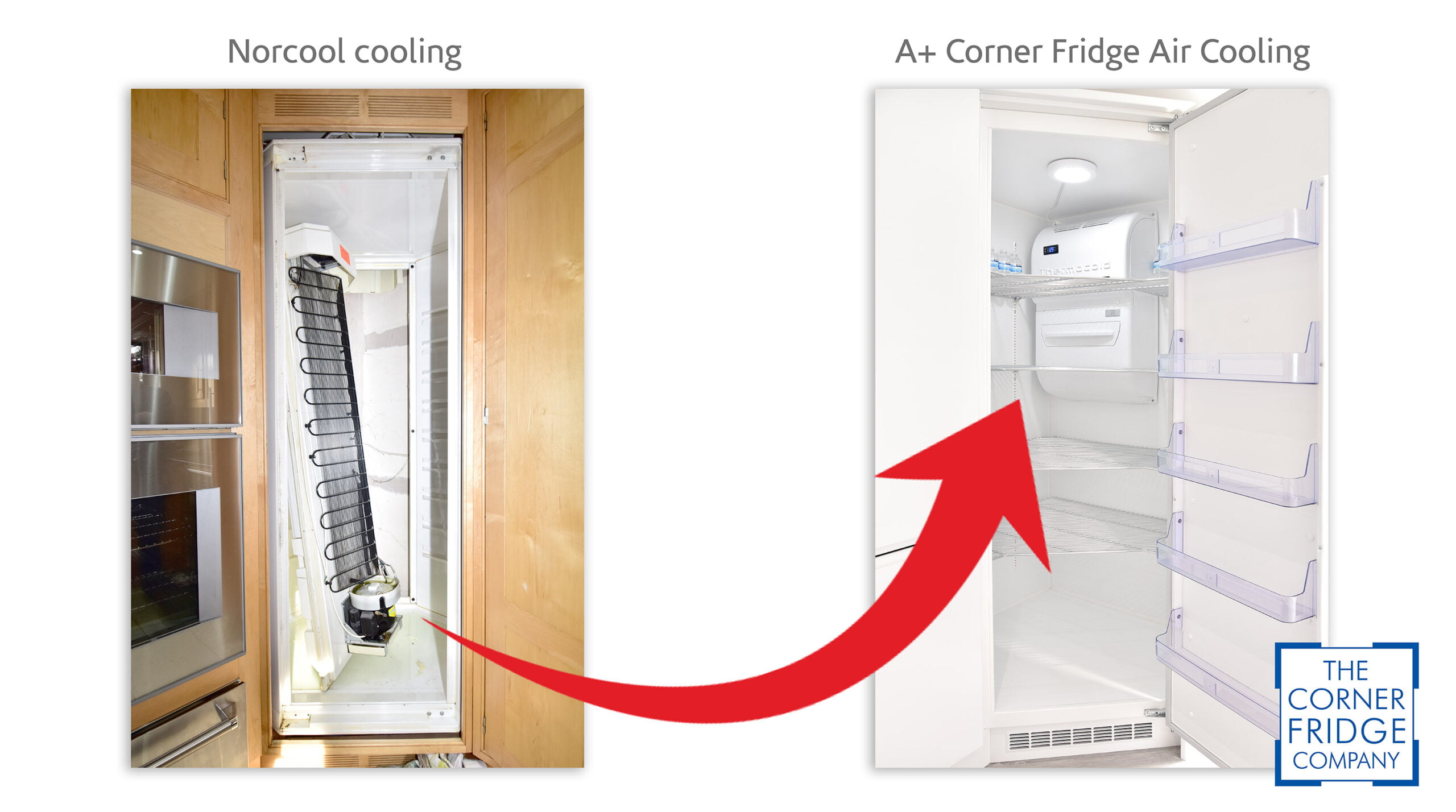 Normally, a Norcool Corner Fridge can be swapped out in just a few hours.  Please call us on 01302 759308 if you would like to know more.

If you are looking for spare parts, please contact First Choice Catering Supplies. They are the official and exclusive spares distributor/reseller for Norcool in the UK

We would love to be able to help out with Norcool spares and repairs because we hate to think of people in your situation.  Professionally, ethically and legally though, as a direct competitor, we are unable to offer these services.

If you are looking for an engineer, we found this independent company that service the whole of the UK that might be able to help.  Let them know where they can get the spares from!

*We have had no dealings or any association with these companies.  We are not in a position to recommend them.  We are trying to be helpful and save you time searching online.  Contact them at your own risk.

As a domestic Norcool UK customer, what are your choices now?

NORCOOL started to withdraw from the UK market in 2016.

Norcool became part of Frigoglass in 1999.  In the Autumn of 2019, Frigoglass set up a Master Distribution Agreement with First Choice Catering Supplies so that Norcool UK Customers had access to genuine spares.    This doesn’t appear to be widely known though, because 2 years on, we are receiving the same number of phone calls from anxious domestic  Norcool customers.

It is hard to establish the facts about their withdrawal from the UK market.  It was in 2018 when we noticed a huge increase in calls from domestic Norcool UK customers, who were desperate for replacement parts and after-sales service.  Many called us (and still do), mistaking us for Norcool, and some still call us today in sheer desperation.

It would seem little or no provision was put in place to help their customers once they had left the market.  Did they contact their customers to advise them they were moving out of the UK? Did they make arrangements with other suppliers for parts supply and after-sales service? It would seem not.  It was only in the autumn of 2019 when Norcool put a Master Distribution Agreement in place for the exclusive supply of spares with an American owned company operating in the UK, First Choice Caterings Supplies.

Originally founded in 1978 in Norway, our competitor is still based in Norway, but is now owned by Frigoglass with headquarters in Greece.  Their multi-lingual Norwegian website temptingly says ‘search for your nearest store’.  Result: They are all located in Denmark.  The ‘nearest store’ is a chain of mega appliance superstores ‘Eligiganten’. A white goods box-shifter – will they really be bothered about customers who need assistance or advice about premium, oversize or bespoke cooling in their home?  Our view is, that this is a sad state of play, but then they will be influenced by a major international group and may not have the freedom to make their own decisions.

We hope this clears up some of the mystery and lets you know that somebody at least cares enough to put this information online for you to find and hopefully help you find a solution.  Fridges need fixing, and fast!!